Are the Foo Fighters Bad? Part 2

I received this response from my friend Luke Thornton in response to my, let's call it dilettante posturing about whether The Foo Fighters are bad.

I like the Foo Fighters. Have so for decades. You are obliged to feel superior now. But you raise an interesting point on liking music based purely on nostalgia and I would agree it's probably why certain people like certain bands or albums.

Are the Foo Fighters Bad?

Whenever a question seems hard to answer, it is usually because there is no answer. The question itself is wrong. Like this: is casual sex bad? The answer is probably something like, depends on what you mean by sex, what you mean by wrong, what you mean by casual, and what you mean by is. Then even after you define all that...the answer will not answer the question. It will just be a choice, like picking an outfit, and you will maybe want to pick a different outfit based on who is seeing it, your mood for the day...

And there is this question that keeps surfacing, that is like this: destined for a convoluted answer that succeeds supremely in its failure to provide an answer:

Are The Foo Fighters bad?

Happy hardcore is a terrible genre of music. However, it is no longer horrible when you combine it with certain other things that are horrible. This is weird because it happens in other places, such as when you combine pictures of cats with jokes in bad grammar, or when you floss really hard while having angry thoughts about your grandmother, or when you have a sex dream about Justin Bieber right after your divorce, and you are both dolphins, like the kind of making out that would happen in his video right when he decides to start being sexy for real but he can't get all Cry Me a River yet because his fanbase's moms will get angry, and secretly turned on, and that will make them more angry, but he doesn't have adult fans yet like Skrillex and Maroon 5.

Read more »
Posted by jenna humphrey at 2:17 AM No comments: 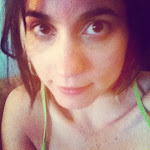 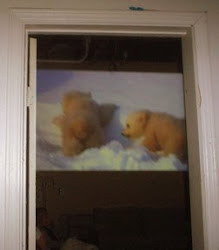